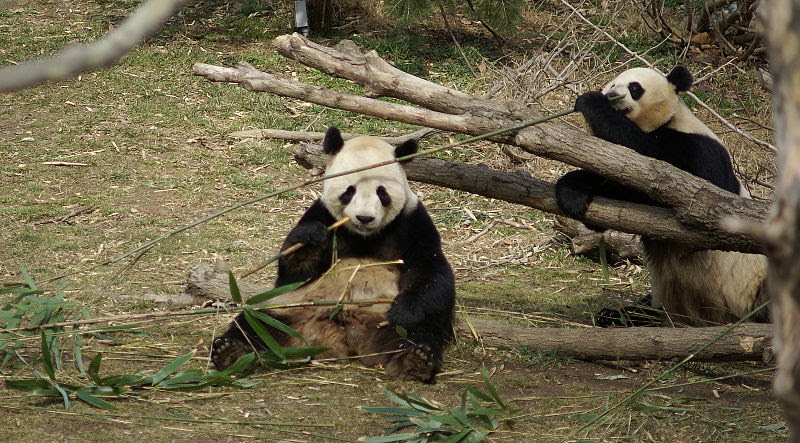 Image Source
Of all the fishes in the world, species of fish that belongs to the genus Panaque are among the fish with the toughest teeth. They are commonly called South American Armored Catfishes and range in size from small to medium. They are notable for being among the very few vertebrates that feed extensively on wood. These catfishes use their rasping teeth to scrape this from rocks.
These fish are also popular aquarium fish.  Panaque are the only fish that can eat and digest wood. These fish have particular adaptations to its wood diet include spoon-shaped, scraper-like teeth and highly angled jaws to chisel wood.
Horntail 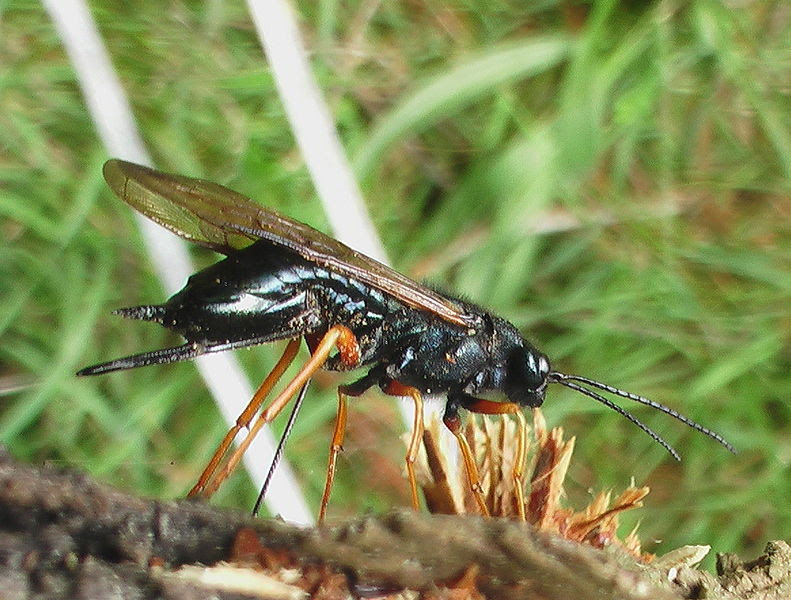 Image Source
A Horntail is brown, blue or black with yellow parts in color and can grow up to 4 cm in length. Female horntails lay their eggs in trees by piercing the bark. The larvae bore into the wood and live in the tree for up to 2 years or more. Horntail is the common name for any of the 100 non-social species. They are also commonly called Wood Wasps.
Shipworms 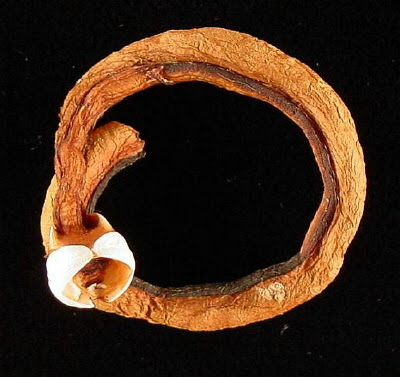 Image Source
A Shipworm is not a worm at all but an unusual saltwater clam with very small shells. It is notorious for boring into wooden structures that are immersed in sea water, such as piers, docks and wooden ships. Shipworms are sometimes called "termites of the sea" and are also often known as Teredo Worms.
Gribble 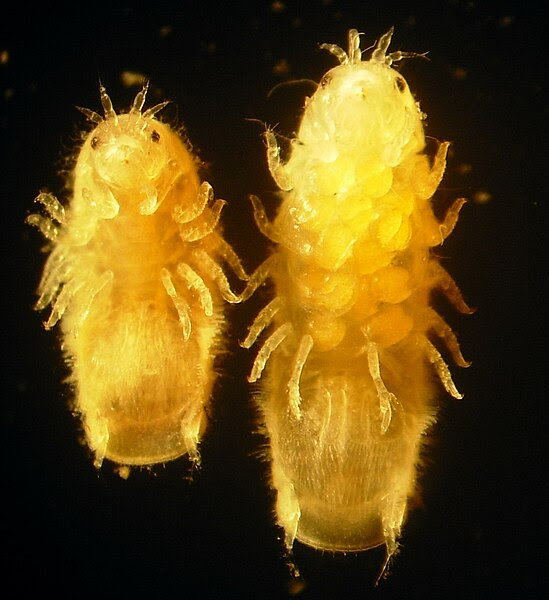 Image Source
Gribbles or Gribble Worms are any of about 56 species of marine isopod from the family Limnoriidae. They are mostly pale white and small that grows up to 10 mm in length. They are known for eating woods.
Bark Beetle 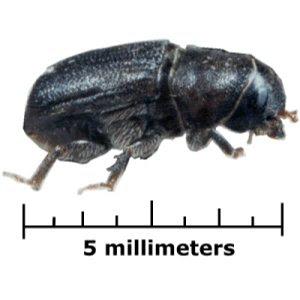 Image Source
There are about 6,000 species of Bark Beetles and are known as major pests of forests in North America and Europe. The Coffee Berry Borer, a tiny bark beetle, is the major pest of coffee around the world. Bark Beetles attack and kill live trees. Most, however, live in dead, weakened, or dying hosts. Bark Beetles are ecologically and economically significant.
Termites 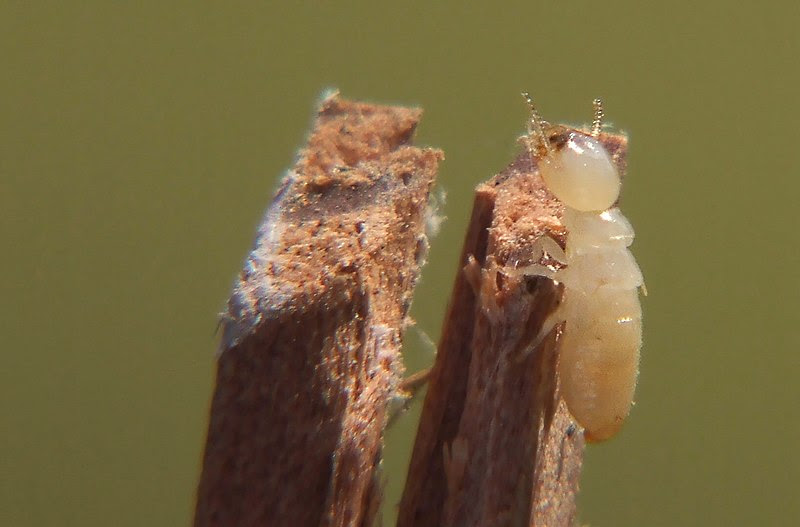 Image Source
Termites are among the most popular and extremely destructive wood-eaters n the world. There are about 4,000 species of Termites. About 10% of the estimated 4,000 species are economically significant as pests that can cause serious structural damage to buildings, crops or plantation forests. Their recycling of wood and other plant matter is of considerable ecological importance. Termites are sometimes called "White Ants", though they are not closely related to true ants.
See also
Posted by Nobert at 3:00 PM