Here’s a list of the most amazing information about the gigantic Japanese Spider Crab.
1.) Japanese Spider Crab is known in Japan as Takaashigani which literally means “tall-footed crab”
2.) It is known scientifically known as Macrocheira kaempferi.
3.) This marine crab species can be found in the waters of Japan, hence the common name.
4.) The Japanese Spider Crab has the largest leg span of any arthropod in the world reaching up to 3.8 meters or 12 ft from claw to claw and weighing up to 41 pounds or about 19 kg.
5.) The body of this crab may grow to a size of 40 cm or 16 inches. 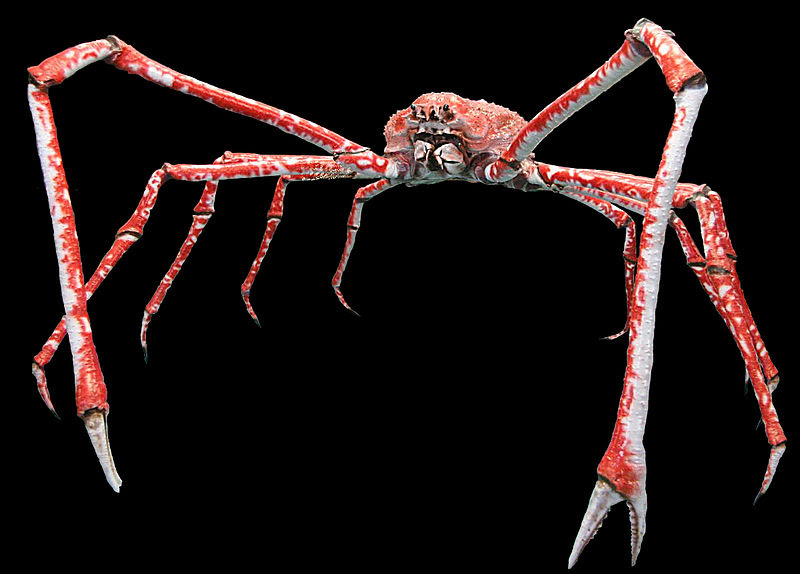 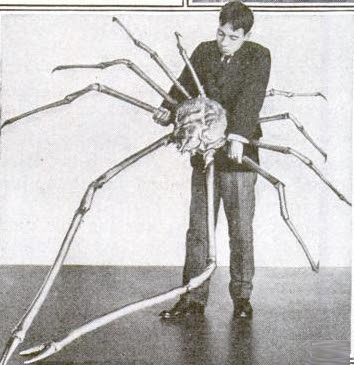 Image Source
16.) This arthropod is edible and is occasionally collected for food with a total of 24.7 tonnes collected in 1976 and 3.2 tonnes in 1985.
17.) This crab which is subject to small scale fishery is centered in Suruga Bay.
18.) The population of Japanese Spider Crab has decreased in number, forcing fishermen into exploring deeper waters in order to catch them.
19.) The average size of Japanese Spider Crab caught by fishermen is a leg span of 1.0–1.2 meters.
20.) When its legs are spread out, an adult giant Japanese spider crab can measure 12 feet across and its body can grow to be 15 inches wide.
See also
The World’s Most Colorful Crabs
Freakiest and Weirdest Crabs in the World
Posted by Nobert at 10:51 AM