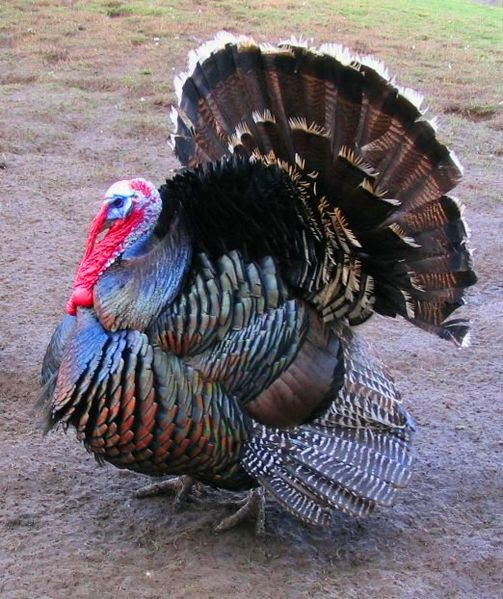 Image Source
The impressive Bronze is a domestic turkey breed whose name refers to its plumage, which bears an iridescent bronze-like sheen. It is the most popular turkey throughout most of American history. There are 2 distinct types of this breed: the Broad Breasted Bronze and the Standard Bronze.
Royal Palm Turkey - Bred as an ornamental bird 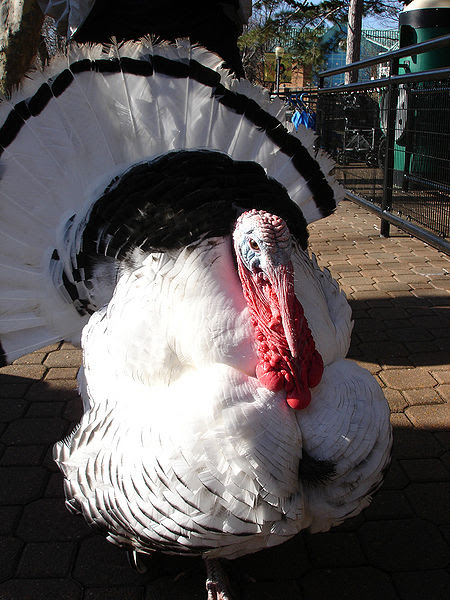 Image Source
The cool-looking Royal Palm is a domestic turkey breed which is one of the few turkeys not primarily selected for meat production. This breed is best known as an ornamental bird with a unique appearance, largely white with bands of metallic black. It is primarily kept as an exhibition bird or on small farms and can grow up to 10 kg. A turkey with similar coloration in Europe is sometimes called the Crollwitzer, Pied, or Black-laced White.
Red Bourbon - Large breed of turkey 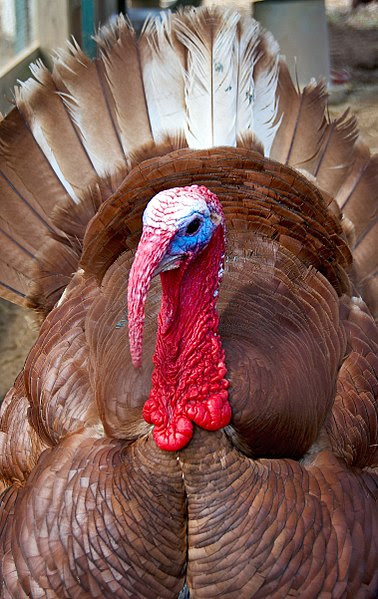 Image Source
The beautiful Bourbon Red is a domestic turkey breed named for its unique reddish plumage and for Bourbon Country, Kentucky. This breed is large and can attain a weigth of 15 kg. Red Bourbon originated in the states of Kentucky and Pennsylvania.
Broad Breasted White - Large breed for commercial meat 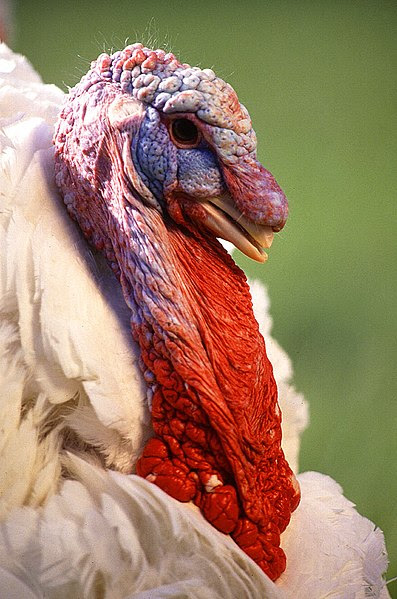 Image Source
The Broad Breasted White is a domestic turkey breed which is commercially the most widely-used breed. They produce more breast meat and their pin feathers are less visible when the carcass is dressed due to their white color. These properties have made the breed popular in commercial turkey production. This bird is really large growing up to 23 kg or more.
Midget White- Smallst breed, rarest and critical 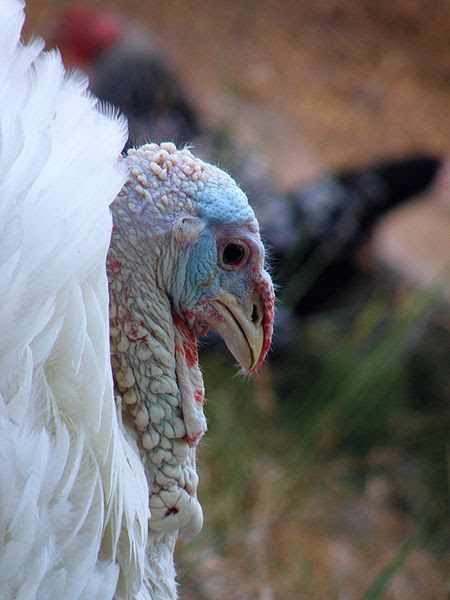 Image Source
The Midget White is a domestic turkey breed named for its small stature and white plumage. It is the smallest standard variety of turkey growing up to 6 kg. it is a rare heritage turkey breed and classified as critical.
Black Turkey - Large Breed of turkey 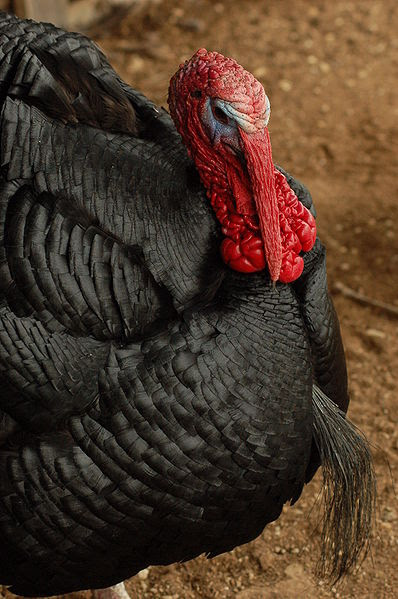 Image Source
The Black is a domestic turkey breed also known as the Norfolk Black or Black Spanish. It originated in Europe and despite the monikers of Norfolk and Spanish, this breed can be found in any part of Europe.
Beltsville Small White - Small turkey breed 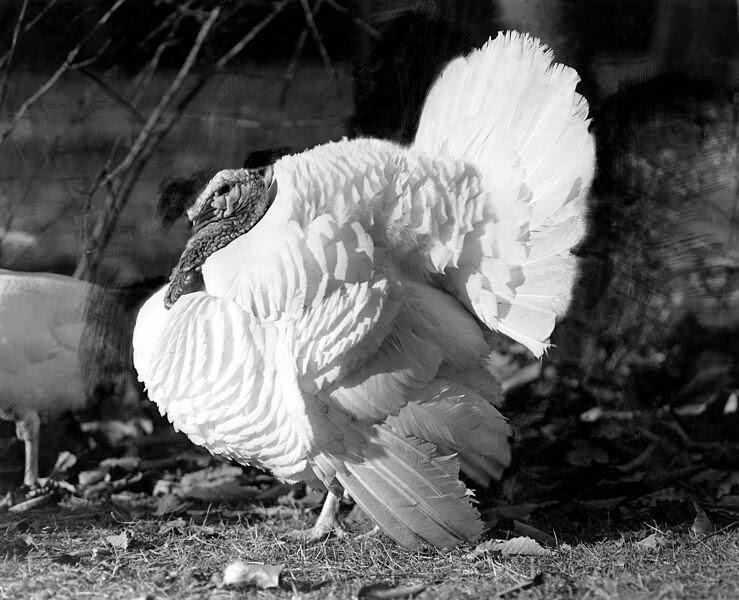