The Most Beautiful Spotted Breeds of Cat

Image Source
The Manx Cat is a beautiful spotted cat breed that originated in the Isle of Man with a naturally occurring mutation which shortens the tail. The most distinguishing characteristic of the Manx is its being tailless although many Manx have a small stub of a tail. Manx cats come in all coat colors and patterns.
2.) Bengal Cat 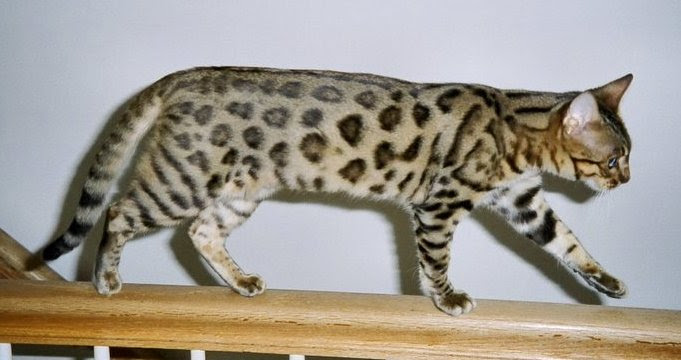 Image Source
The pretty-looking Bengal Cat is a spotted hybrid cat breed which was formed by the cross of a domestic feline and an Asian Leopard Cat. The Bengal Cat has "wild-looking" markings, such as large spots, rosettes, and a light/white belly, and a body structure reminiscent of the Asian Leopard Cat. Although it looks wild in appearance, it is a gentle domestic cat.
3.) California Spangled Cat 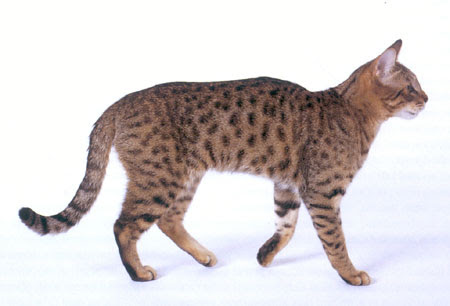 Image Source
The California Spangled Cat is a spotted cat breed especially bred to resemble spotted wildcats, like the leopard and ocelot. This very rare cat breed is very expensive with a price of up to $2,500.00.
4.) Serengeti Cat 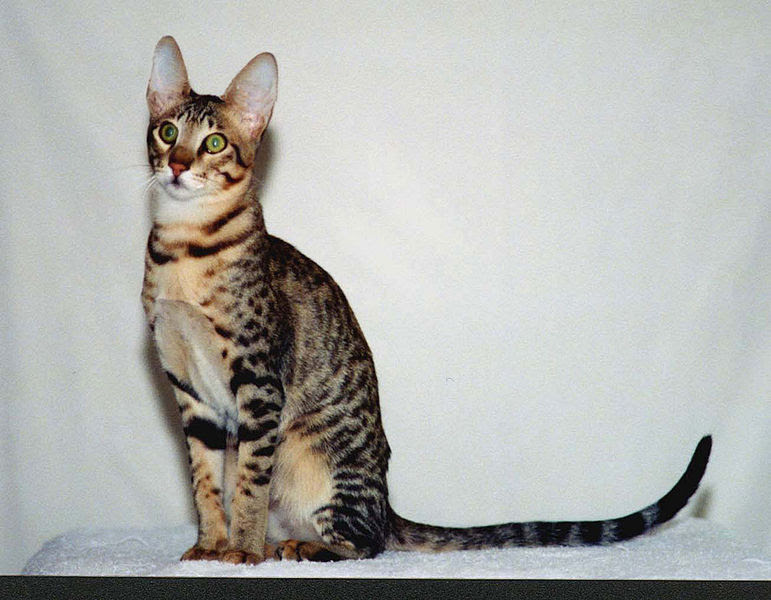 Image Source
The popular and lovely Serengeti Cat is a cross of Bengal Cat and Oriental Shorthair. This spotted cat has long legs and very large ears. Male Serengeti could attain weight of up to 15 lbs while female could reach 12 lbs.
5.) Egyptian Mau 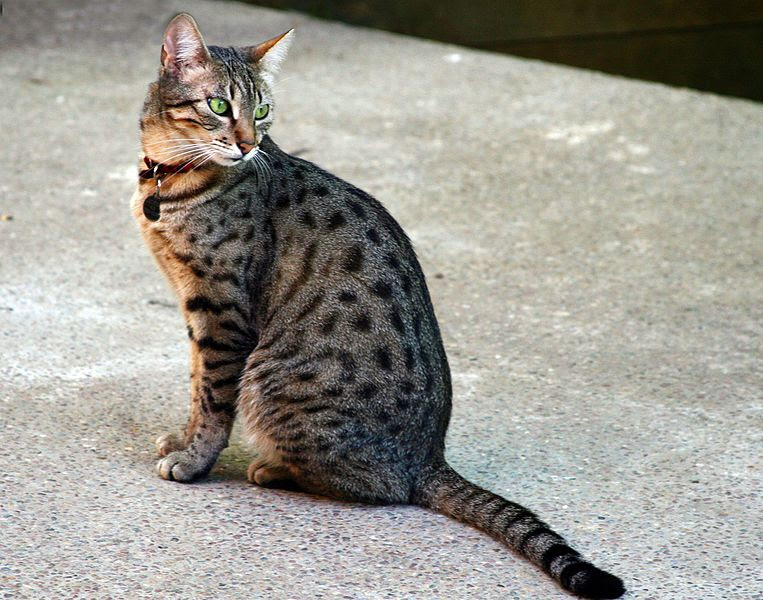 Image Source
The cool-looking and dazzling Egyptian Mau is a spotted cat breed. This small-medium sized short-haired cat breed is unique not only for its spotted coat but also for its skin which is spotted too. It is an ancient and natural breed.
6.) Savannah Cat 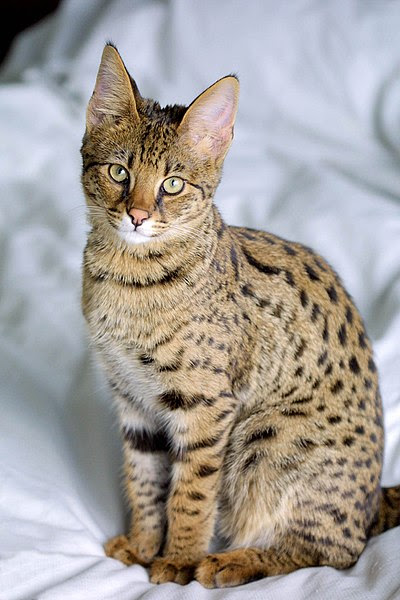 Image Source
The Savannah is a spotted hybrid breed of cat. It is a cross between a Serval and a domestic cat. This beautiful cat is one of the largest breeds of domesticated cats and can weigh up to 20 lbs or more.
7.) Ocicat 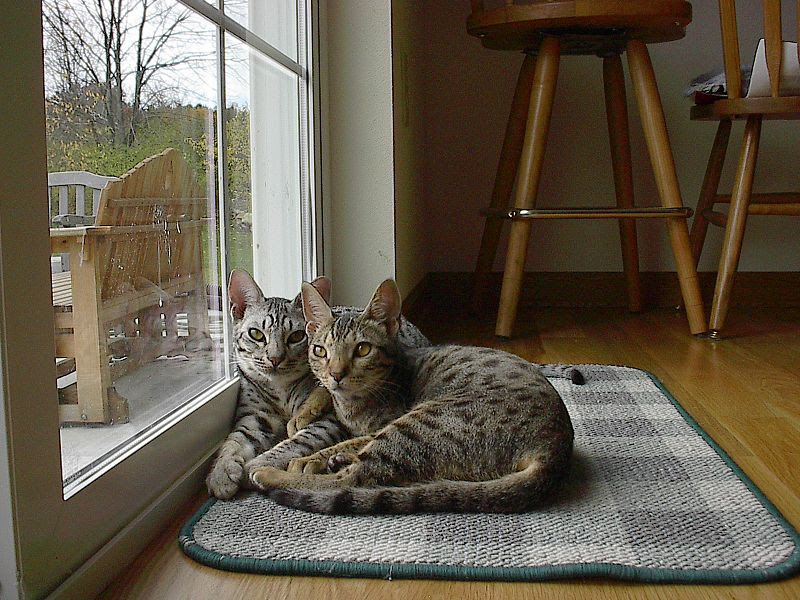 Image Source
The Ocicat is an all-domestic cat breed which resembles a 'wild' cat but has no wild blood. The breed is unusual in that it is spotted like a wild cat but has the temperament of a domestic animal. It is named for its resemblance to the ocelot.
8.) Australian Mist 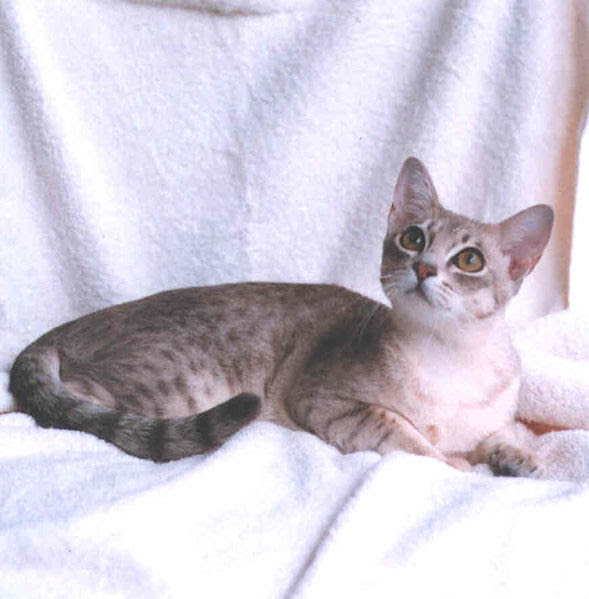 Image Source
The lovely Australian Mist, formerly known as the Spotted Mist, is a spotted cat breed that originated in Australia. It is a medium-sized shorthaired cat with a round head and large, expressive eyes. The cat’s legs and tail are ringed or barred.
9.) Pixie-bob 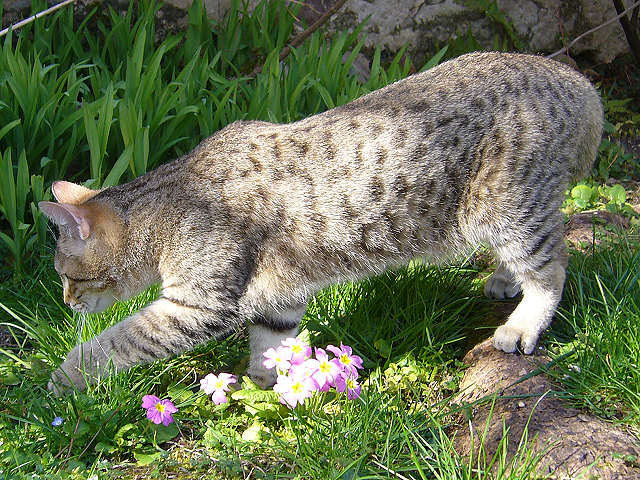 Image Source
The simple-looking but elegant Pixie-bob is a spotted cat breed considered wholly domestic for the purposes of ownership, cat fancy registration, import and export.
See also
Posted by Nobert at 12:50 AM