Exceptionally Unique Fishes in the World

There are hundreds of species of fish. Many fishes are colorful and some are exceptionally large while others are extremely small. Here are some of the most amusing fishes in the world. 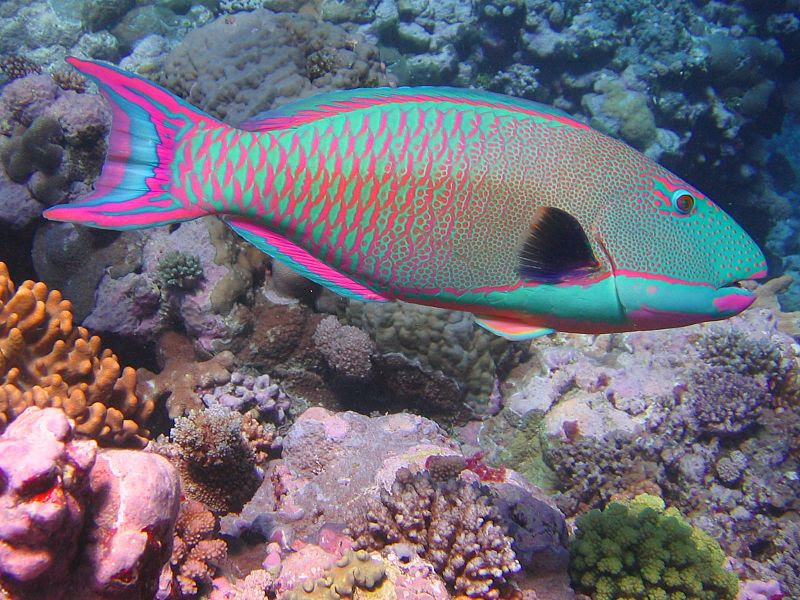 Image Source
Parrotfish were so named due to their resemblance to Parrots. These unique and colorful fish build their homes of snot and slime. These don't last very long though. Parrotfish are also peculiar because they eat rocks. 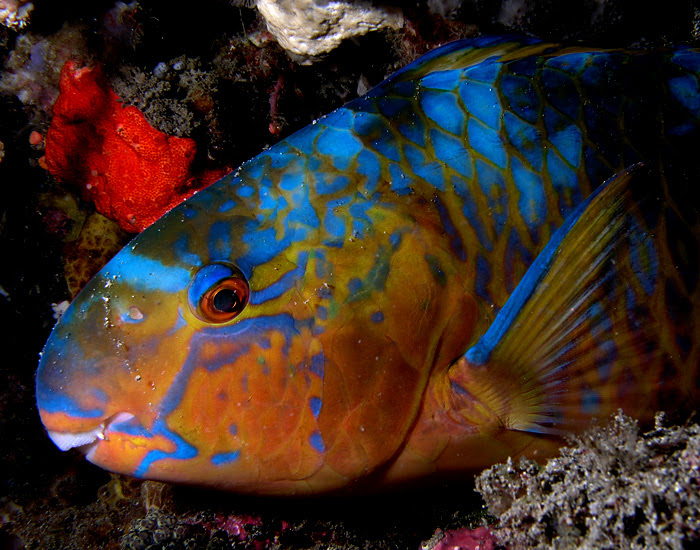 Image Source
Bettas are ferocious fish. The most popular species is the Siamese Fighting Fish – colorful aquarium fishes with long flowing fins. Don’t put two males in the same tank because the moment you do, they'll use their sharp teeth to rip each other to shreds. 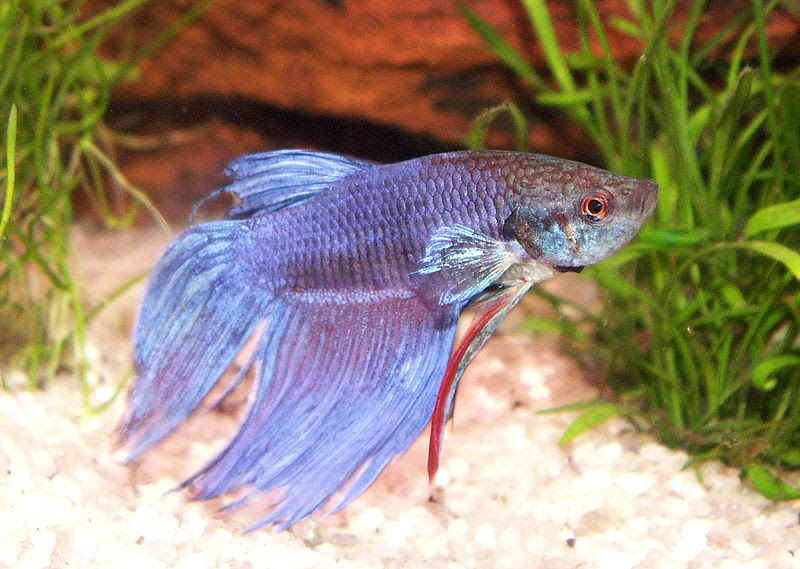 Image Source
Piranhas are amongst the most dreaded animals in the world. They are the most ferocious animals on the planet; a single drop of blood is a sufficient signal for them to attack. They are the very reason why people are afraid of going swimming in the Amazon River. 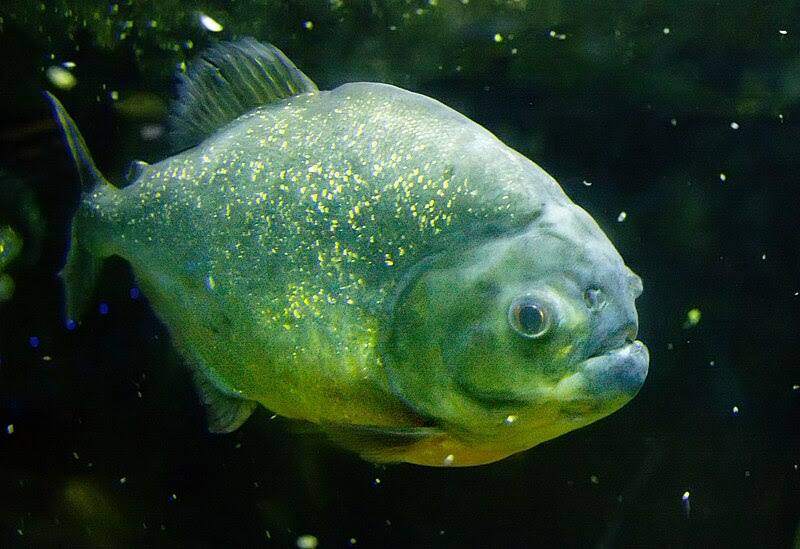 Image Source
The most venomous fish in the world are Stonefish. These odd-looking marine animals have 12 to 14 poisonous dorsal spines, which can sometimes cause a coma. 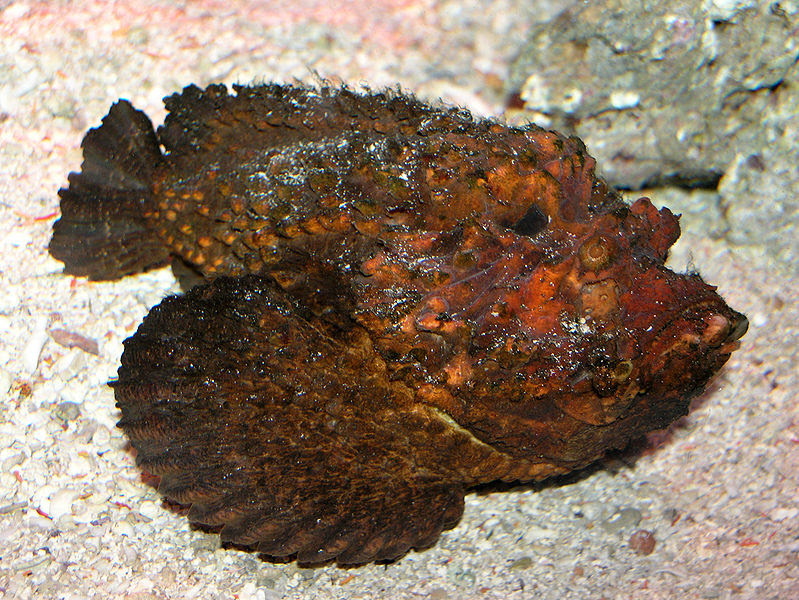 Image Source
Stingrays are awesome water animals but be careful in dealing with them because they are very dangerous. If their stinger pierces your skin it can cause you death. In addition, male stingrays grab onto females while dancing. 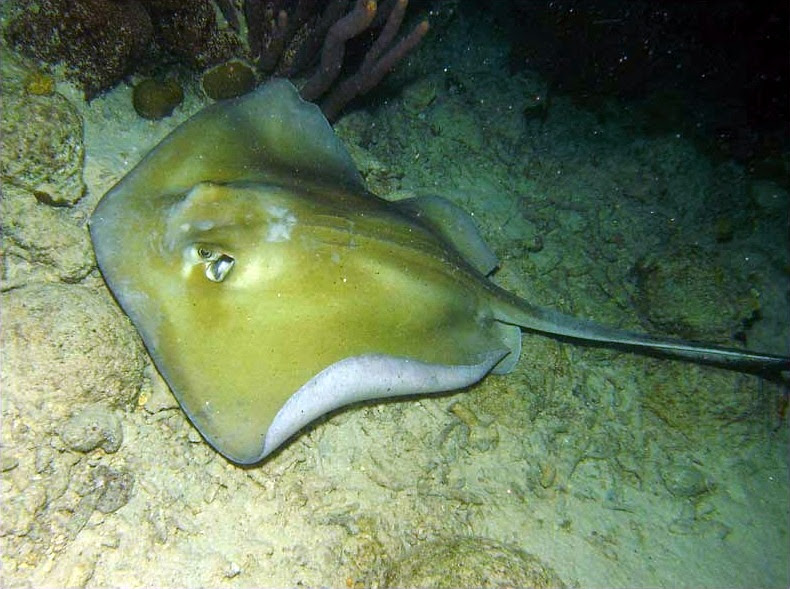 Image Source
Leafy Sea Dragons are among the masters of disguise in the waterworld. They camouflage themselves into the background of algae.

Image Source
Thousands of Grunions gather on beaches where their mating season occurs every year. 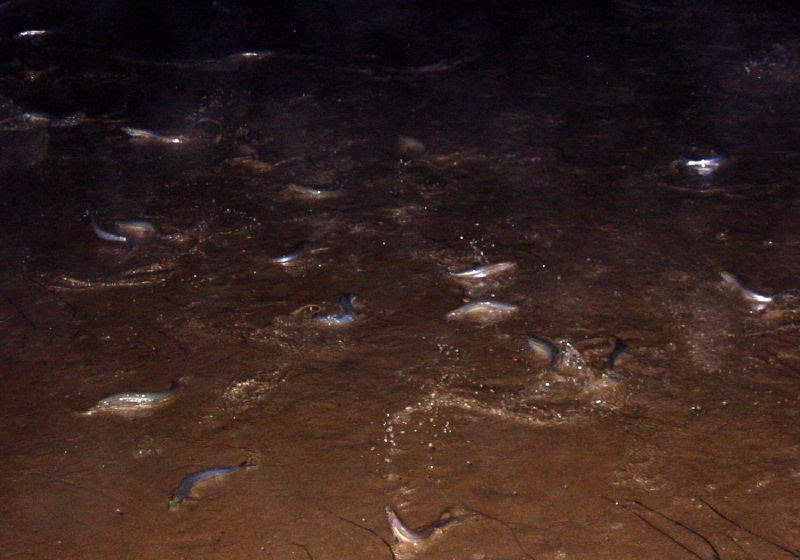 Image Source
Sharks are amongst the most dreaded sea-dwelling animals. Cases of Shark attacks have been recorded in the different parts of the world. They are the most infamous predators in the sea. Greta White Sharks kill four people every year. 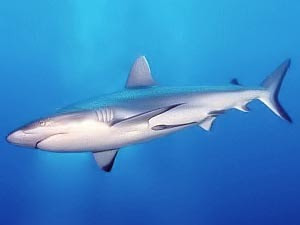 Image Source
Electric Eels don’t have teeth to defend themselves but they use electricity instead to paralyze their prey and swallow. 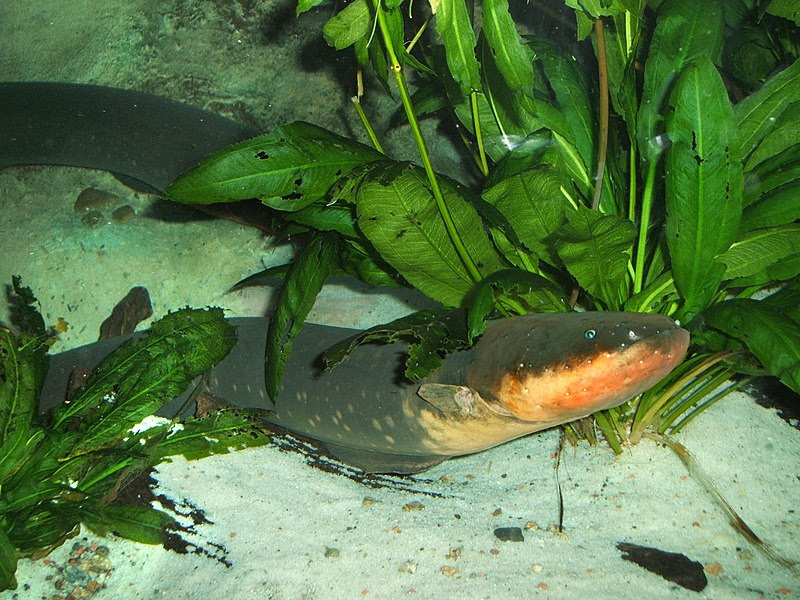 Image Source
Archerfish are among the few “sharpshooters” in the animal world. They spit water at their insect prey which can be 8t feet high. 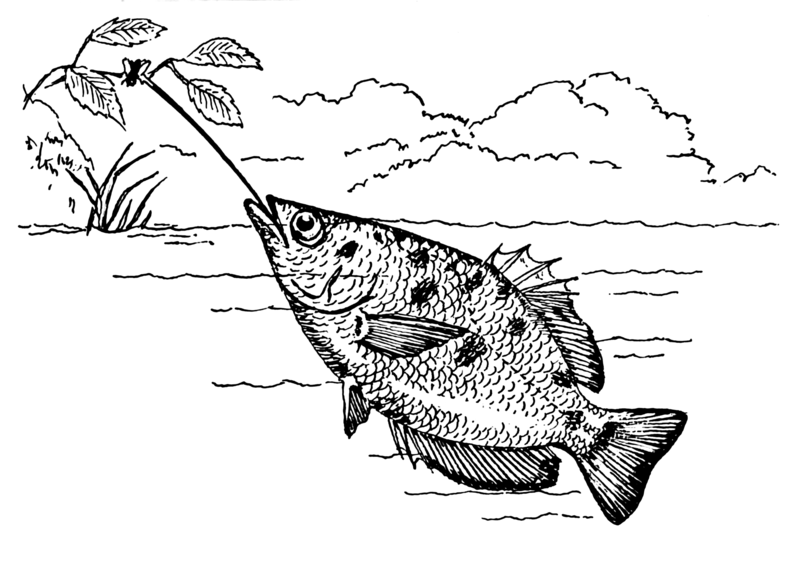 Image Source
Cleaner Fish do the oddest jobs in the world. They render cleaning services by eating the parasites from other fishes' mouths. 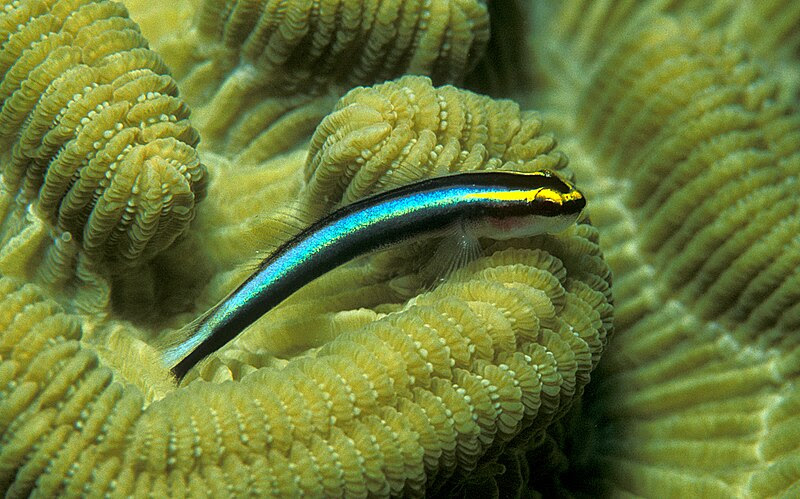 Image Source
Flying Fish are amazingly awesome water creatures. They can glide out of the water for a considerable distance when frightened to get out of danger by using elongated pectoral fins. 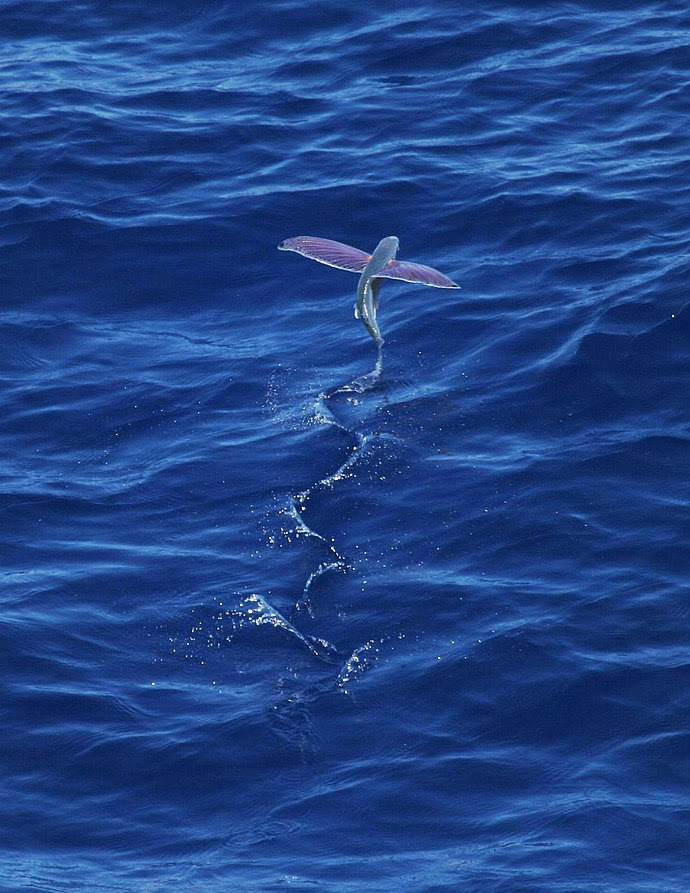 Image Source
Male species of Cichlid can be 30 times bigger than females. And in male vs. female comparison, it is the biggest male in the World-battle for sexes. 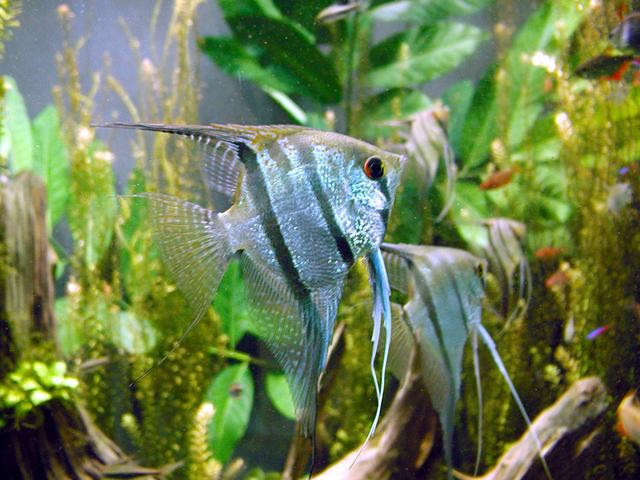 Image Source
Hagfish are perhaps the slimiest animal in the world because they secrete slime constantly while Sea Cucumbers feed on stuff that you would find on the bottom of your shoe. 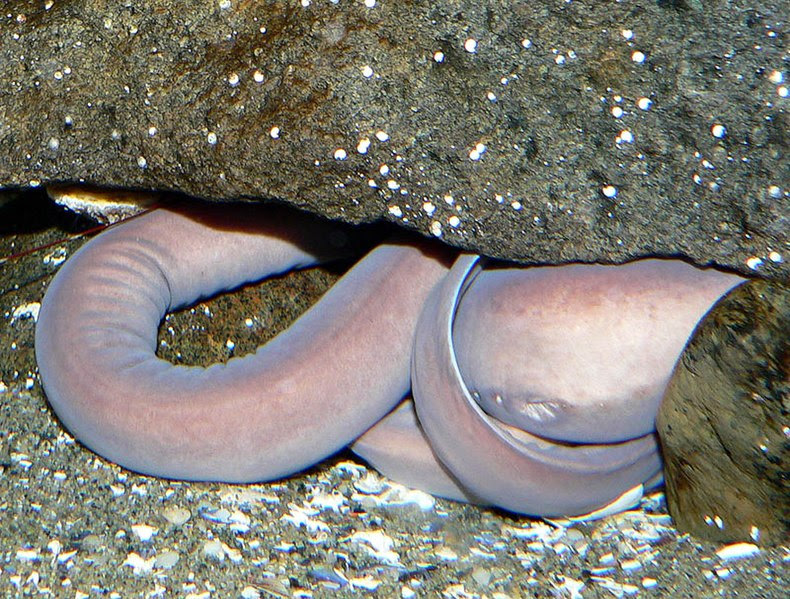 Image Source
Sailfish are the fastest swimmers in the world. They move through the water at a speed of up to109 km/h.

Image Source
Mudskippers are amphibious fish. The male Mudskipper can jump up in the air to attract a female and then does push-ups. 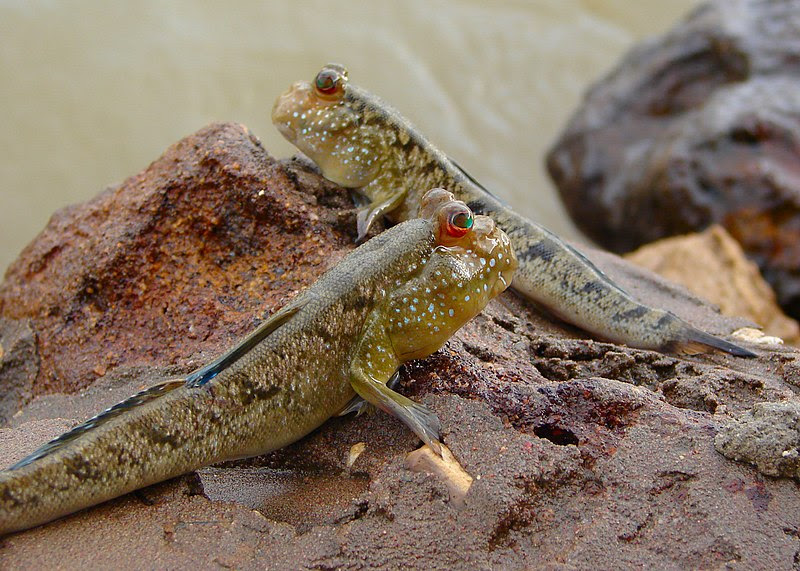