Sharks are the most feared predators of the sea. There are also instances where sharks attacked humans. Here are some of the most interesting and amazing species of sharks.
Sharks have a "sixth sense" like snakes. They used this in detecting electric fields.
Tiger Sharks, like Tigers on land, are ferocious water creatures. They can take a bite out of coal, deer antlers, shoes and turtle shells. It can also eat metals. 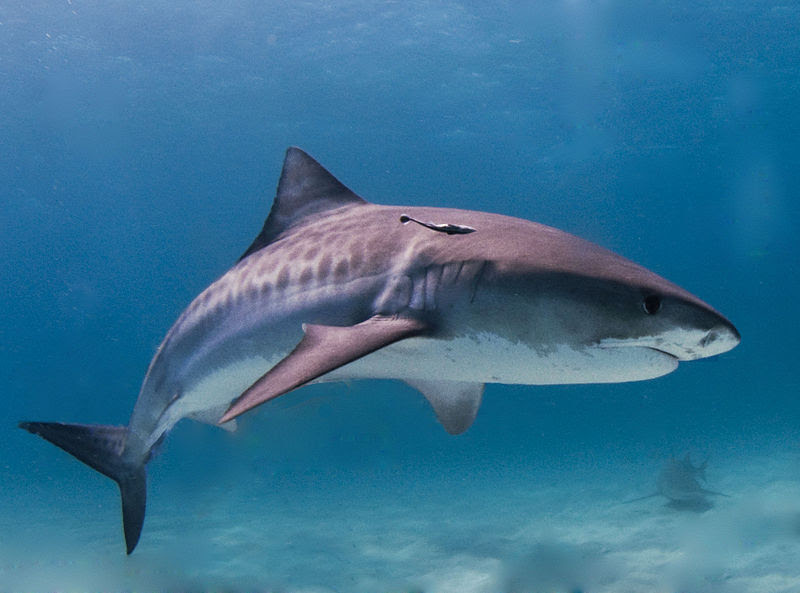 Image Source
Some species of shark are exceptionally fast. Don’t mess with Mako Sharks because they are the fastest sharks reaching speeds of 48 km/h. 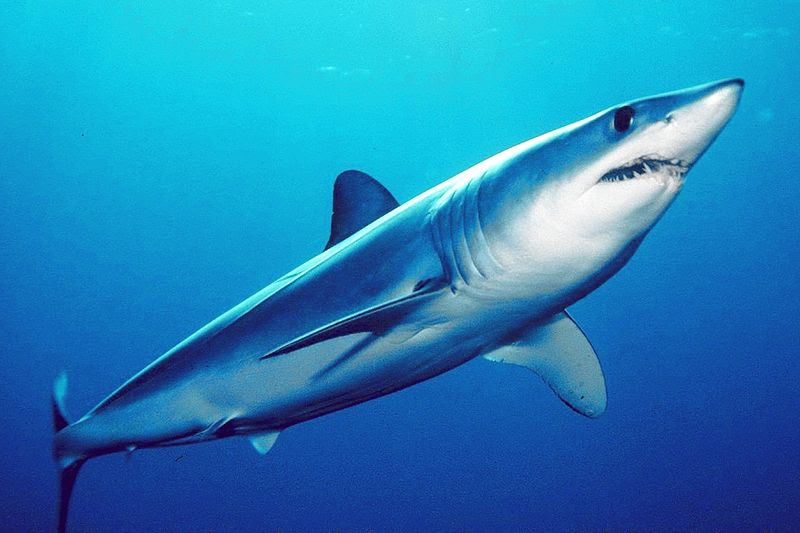 Image Source
Cookiecutter Sharks have the biggest teeth in the world. They have been known to bite whales and nuclear submarines. Don’t dare to get close to them. 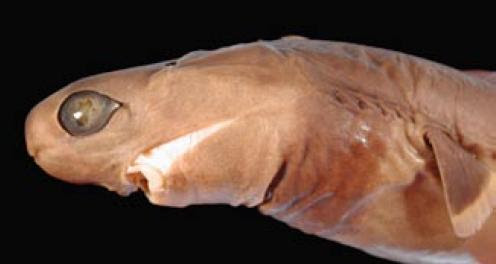 Image Source
Baby Sand Tiger Sharks are already criminals before they were born. The offspring fight, kill, and eat each other in the womb and only one shark pup survives. It is also known as the Ragged Tooth Sharks. These sharks use mirrors to help see in the dark, and can reflect 90% of all colors 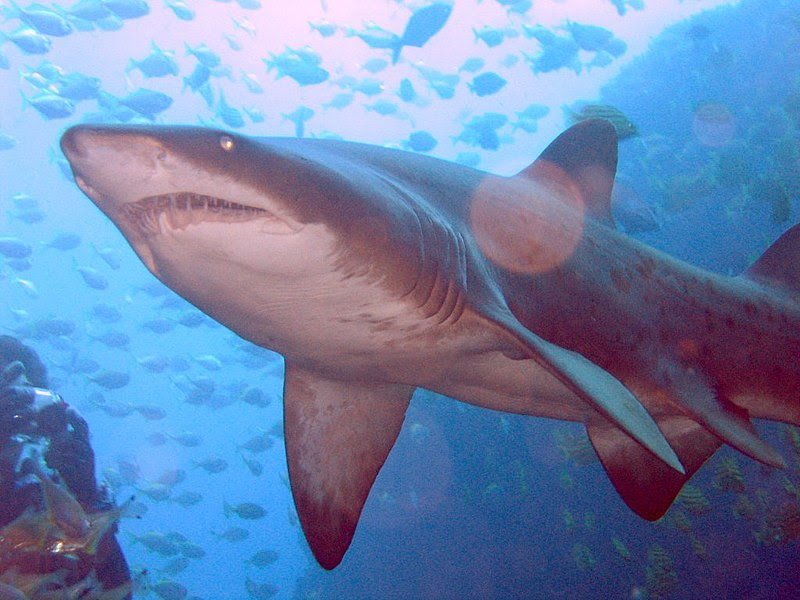 Image Source
Whale Sharks have massive mouths which are 16% of their body length. The mouth is a suction cup.

Image Source
Some shark species also survive and thrive in cold waters such as the Greenland Shark and Pacific Sleeper Shark. They survive in colder temperatures than any other shark in the world. 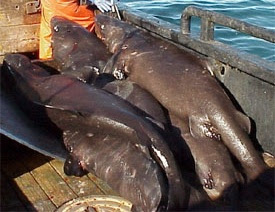 Image Source
Pacific Sleeper Shark
A small parasitic Copepod with bioluminescent attaches itself to the eye of either the Greenland or Pacific Sleeper Shark and acts like a fishing lure, the shark gets a lure and the Copepod get a home – perfect combination.
Hammerhead Sharks have excellent vision, smell, and a 6th sense detecting electrical fields, pinpointing its general location in the ocean. They can also sense 1/1,000,000,000th of a volt, which is like a human sensing that a flashlight had turned on 1,600 km away. They also have a 7th sense, by seeing the invisible grid of the ocean walls; they know their exact location in the ocean. 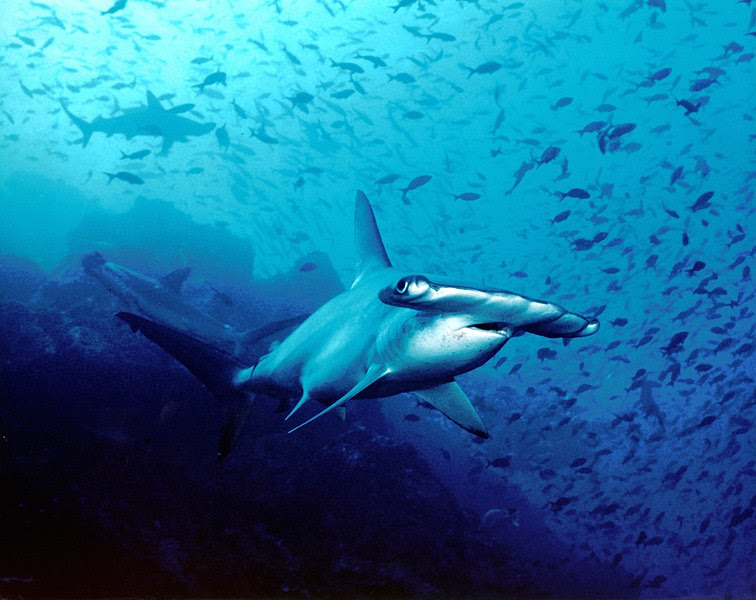 Image Source
Great White Sharks are smart, and their bites have been measured at 2,000 lbf/in². 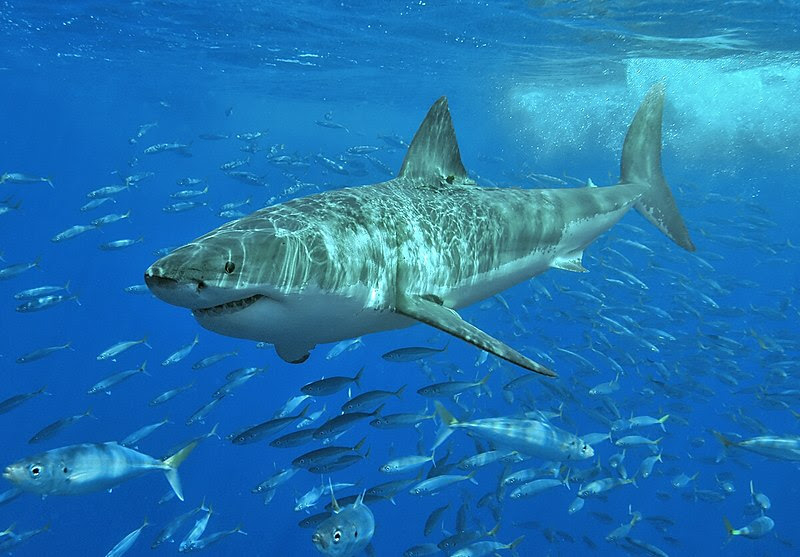 Image Source
Another amazing shark species is the Oceanic Whitetip Shark. Believe it but they can smell in air and water. 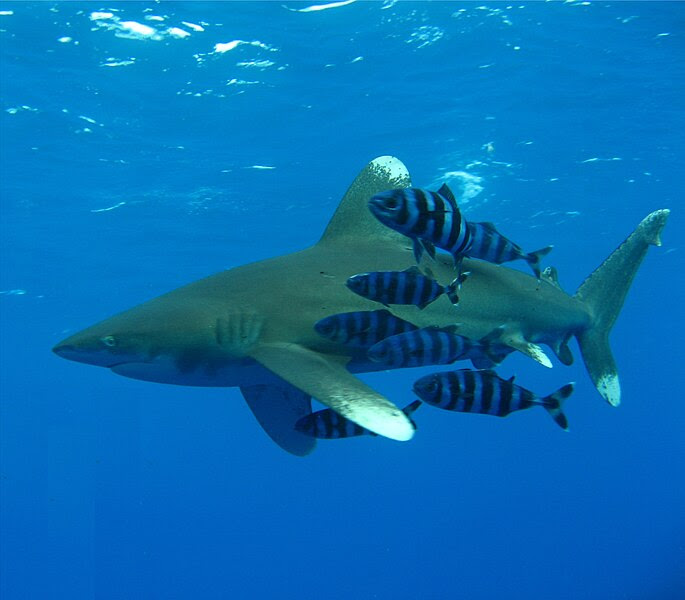 Image Source
Some shark species also possess keen sense of hearing like the Silky Shark. They are known to hear from 1/4 of a mile away. 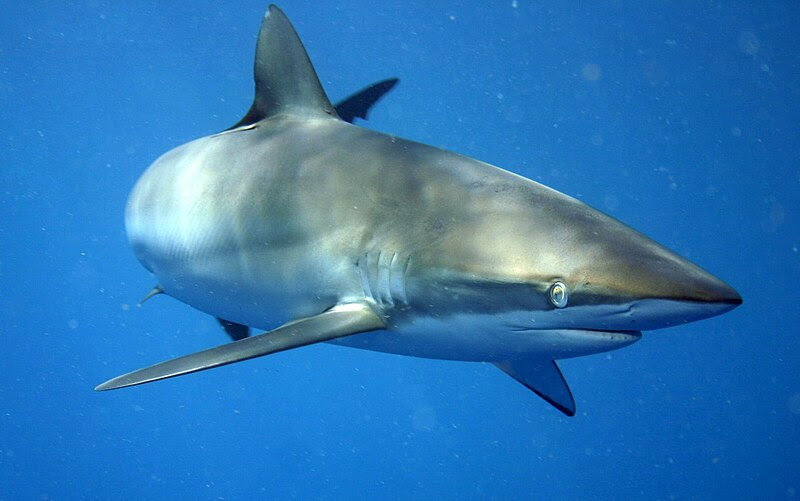 Image Source
Angel Sharks are good in camouflage. They are unusual also for their flattened body. They can disguise themselves by hiding under the sea bed. 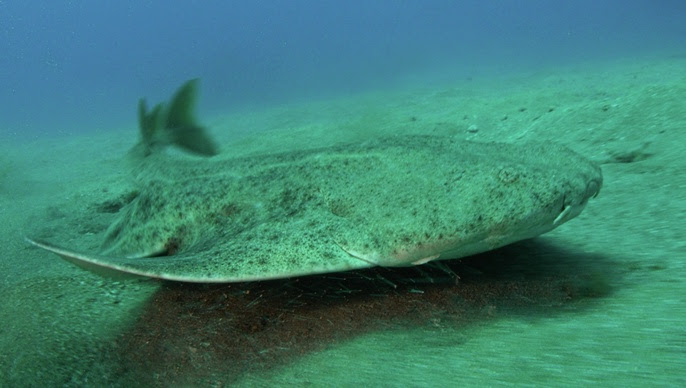 Image Source
See also
Posted by Nobert at 4:55 AM